Animal trafficking is a brutal trade that is far too prolific, both for domestic animals and, more often, exotic animals like tigers, lions, and birds. When those species are endangered, trafficking becomes even more heinous. Police in Thailand have just taken down a long suspected trafficking ring, which led them to over 40 tiger cubs dead and frozen, as well as parts from other animals.

Over 1,000 officials began removing the living tigers on May 31st, which led to the gruesome discovery. Images quickly hit social media, one of which you can see below. Although the details are obscured, the sheer size of their find is evident, and horrifying. 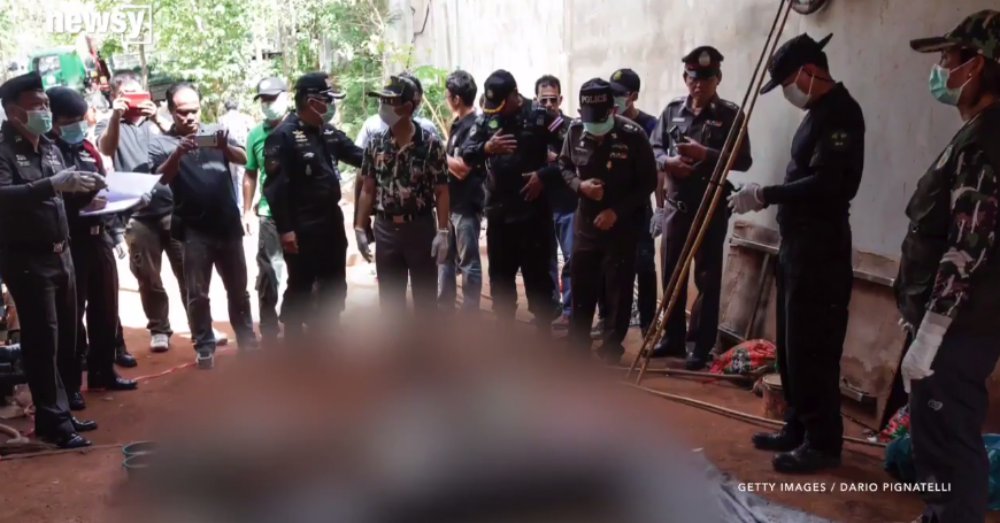 Authorities stand around the macabre find. Censored, but the scope is still visible.

The Buddhist Monastery in Kanchanaburi, Thailand has been fighting against officials since 2001 when accusations of abuse and trafficking began to surface. The monastery was home to over 100 tigers, who are being rescued by police and taken to safety, and was a huge draw for people visiting Thailand. 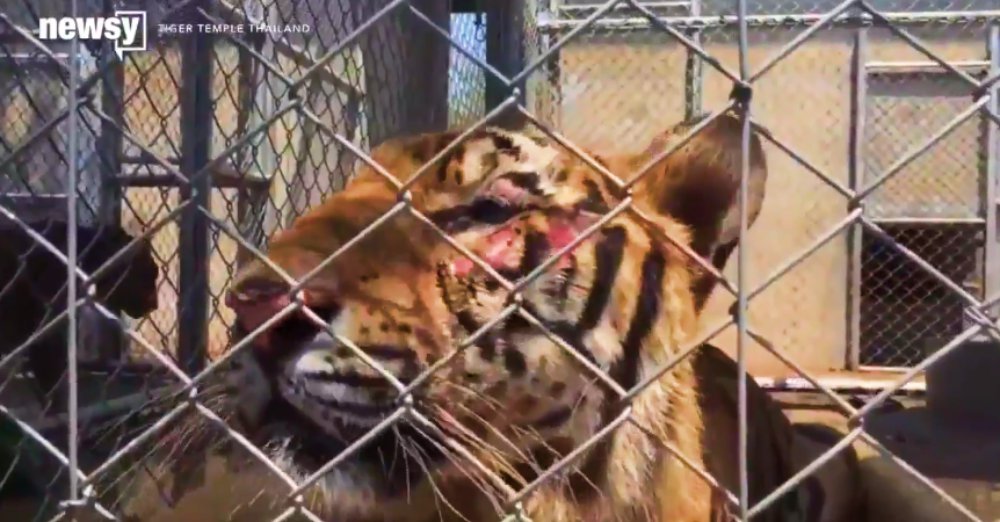 The wounds on this tigers face speaks volumes.

The revelation of the 40 cubs, most of which had died in their first day or two of life, will add more criminal charges on top of the numerous pending ones. Tiger remains are worth a great deal on the black market, making the breeding and euthanasia of tiger cubs extremely attractive to animal traffickers.

While temple officials deny any wrongdoing, there are now 137 lions being saved from abuse and exploitation that will now be able to live out their lives in safety. Our heartfelt thanks goes out to the Thai government and the officials on the grounds saving all of those lives!

Help Save These Amazing Lions! 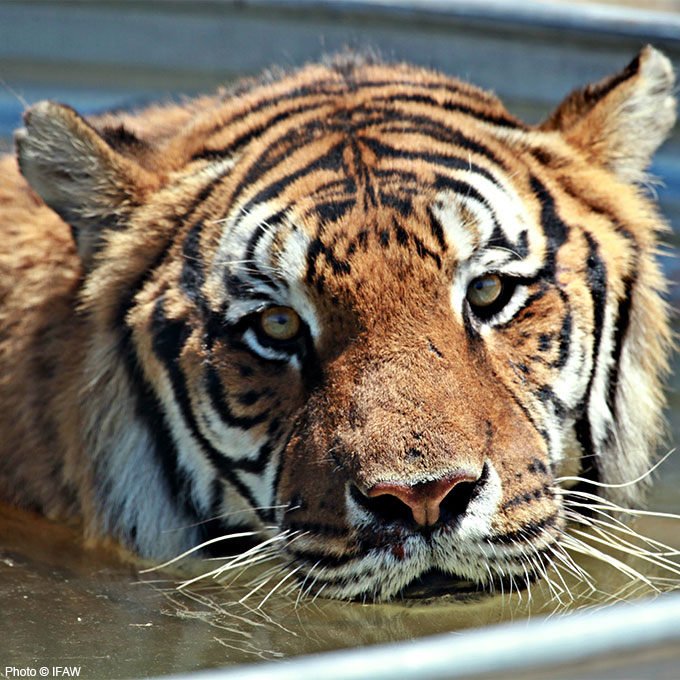 Animal trafficking of exotic animals like tigers is a massive problem here in the United States as well. Experts estimate that there are as many as 5,000 tigers kept in captivity across the United States. Most of these are not in zoos. They are in backyards, houses, and kennels, often with inadequate care and space.

These animals need our help so they can live in safety and security. We can put an end to animal trafficking, one rescue at a time!

Help us continue to support these magnificent creatures!

Spread the word and help these magnificent creatures! ☟