He Went From Cleaning Out Dumpsters To Studying Law At Harvard

Rehan Staton has faced struggles all his life, but he has never given up.

When he was just 8, Staton’s mother left the country. His father was forced to work multiple jobs, but it was still hard to make ends meet.

“There were times where we just didn’t have electricity,” Staton told Today. “We didn’t have food in the fridge.”

Without a stable home, Staton began to lose focus in school, too. In middle school he found help from a tutor, and in high school got into mixed martial arts, which provided another outlet for Staton’s energy.

“At that time, I was really involved in sports, and I thought sports would be a way out of poverty,” Staton said. “Support from my father and support from my brother, if it wasn’t for those two, it would’ve been impossible.” 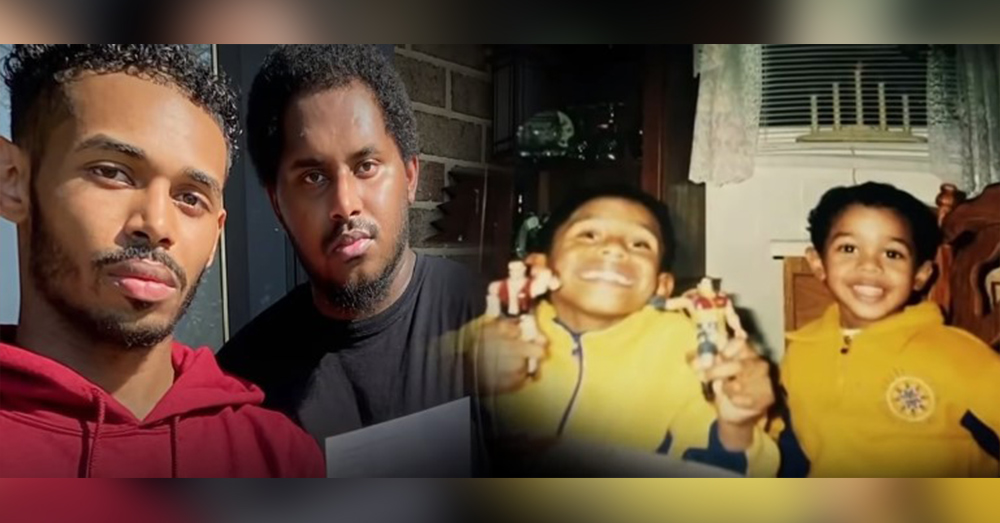 He was a standout performer in the sport, winning contests in the U.S. and abroad until a rotator cuff injury brought it all to an end. With no insurance, Staton’s family could not afford the expensive surgery to repair his shoulder.

To make money, Staton worked with his brother Reggie cleaning out garbage dumpsters. They worked to pay for school, but that was another hurdle. Staton did not have the grade point average to win over the schools he had applied too. Denial letters showed up in his mail box as often as bills.

He never gave up. 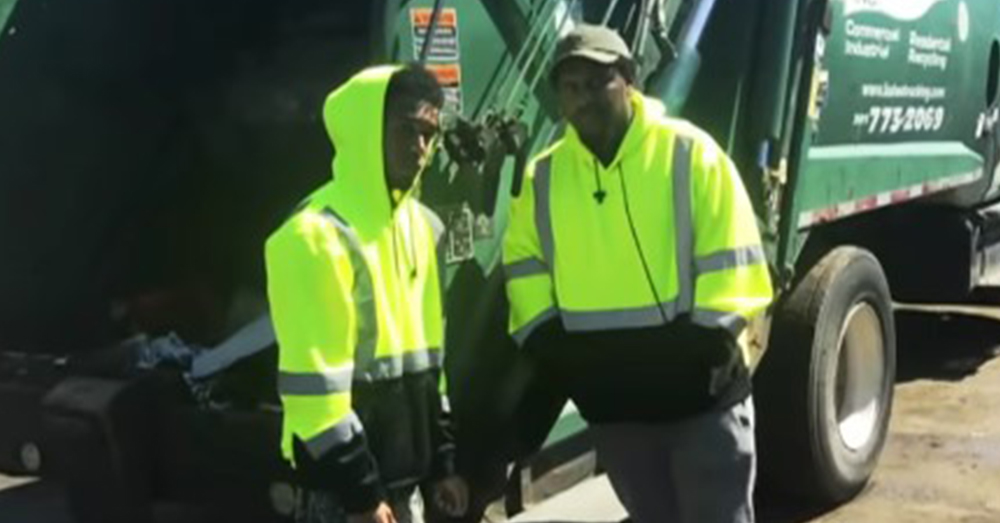 “Watching my father work anywhere between one and three jobs, giving up his entire social life just to give my brother and I the basic needs — I was hungry, if that makes sense,” he said. “I was really hungry, but also at the same time, I just really wanted to succeed.”

Staton recalls his coworkers with Bates Trucking and Trash urging him to do whatever it took to get into college. One of the company’s owners, Brent Bates, took Staton aside and helped him take the first steps. He enrolled as a student at Bowie State University. 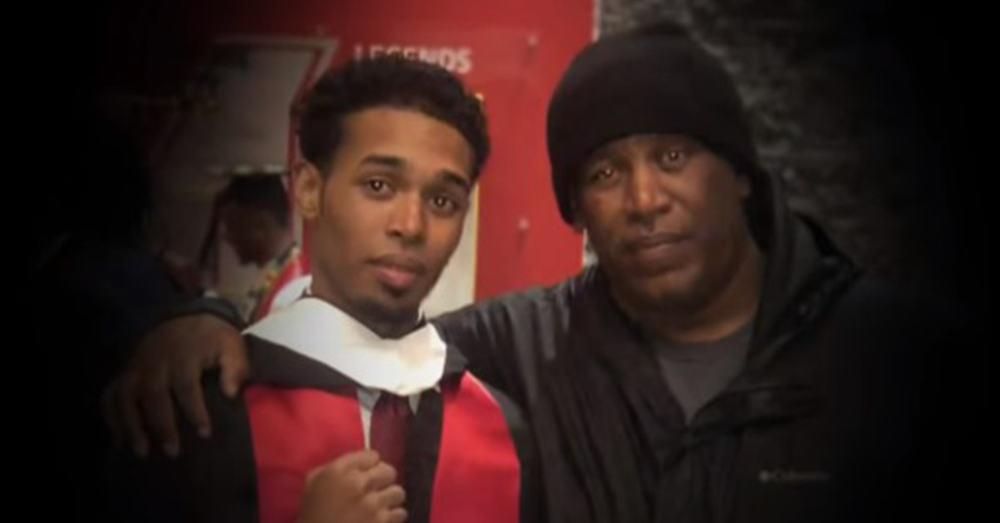 Source: YouTube/
NBC News
Rehan’s father has supported him all his life.

That’s when Staton’s older brother made another tough decision. He knew his family could only support one son in school. He also knew that Rehan had a lot of potential. Reggie decided to drop out and help his father. 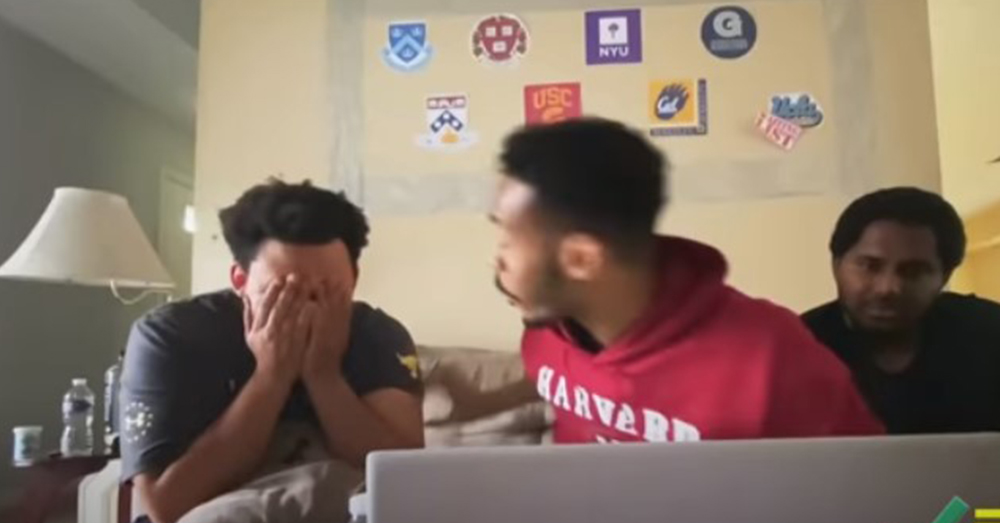 Source: YouTube/
NBC News
Rehan was overjoyed when he found out he would be attending Harvard in the spring.

Staton aced his first year at Bowie State and transferred to the University of Maryland with a 4.0 grade-point average.

“I actually just had a support system the second time around,” Staton said. “In high school, I just didn’t have the support, and when I got to undergrad, I had teachers, other students, leaders. Holistically, I just couldn’t fail at that point. Too much support.”

During his junior year at the University of Maryland, Staton heard his father suffered a stroke. He had to return home, and he had to return to cleaning out dumpsters first thing in the morning to make money. 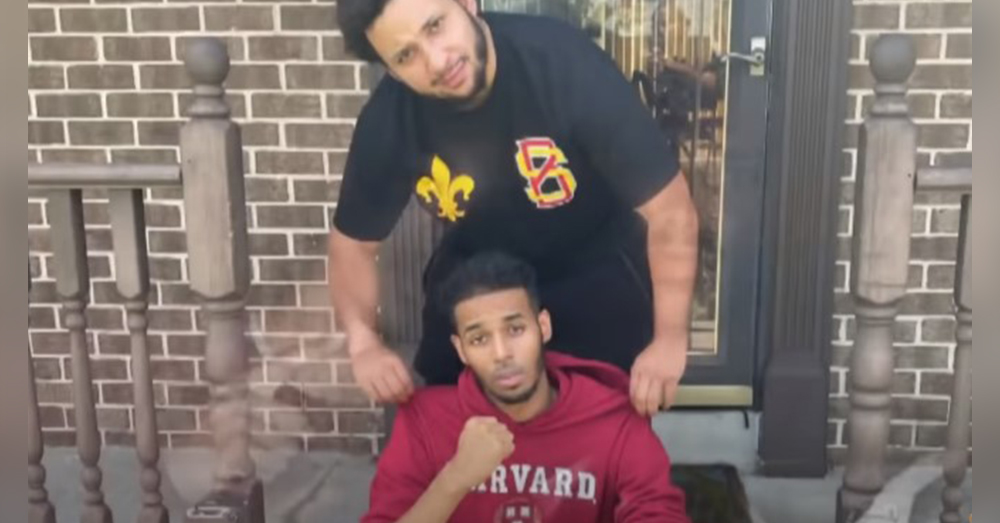 Source: YouTube/
NBC News
Reggie Staton dropped out of school to help his father, and let his brother Rehan go to Harvard to study law.

Staton never gave up, not at home and not at school. He earned his undergraduate degree from the University of Maryland in 2018, and was chosen to speak at the graduation ceremony in front of his class. Following that, Staton set his goals on a career in law. He found full-time employment with a political consulting firm in Washington, D.C., and got high marks on his LSAT exam.

This time, the admissions offices at several schools were interested in enrolling Staton. He held out for one of the best. Staton will be attending Harvard Law School next year.

“It was probably the most surreal moment of my life,” Staton told Today. “After going through everything that we did as a family, I just felt that we got into Harvard, and like, I just can’t even explain it.”

Learn more in the video below.

This Gang Isn’t Fighting For The Streets Of Detroit, They Just Want To Mow The Grass: Click “Next Page” below!