“It’s Hard To Picture This As An E-Book:” How Unconventional Formatting Is Saving Print

The Familiar, Volume 1: One Rainy Day In May was released earlier this month and it already has the literary community on edge. Mark Z. Danielewski is an author known for his experimentation with form, but this is a project larger than any he’s undertaken. One Rainy Day In May is only volume 1 out of 27, a project that will likely span over 21,000 pages!

But besides a gargantuan story, this novel might help to save printed books. 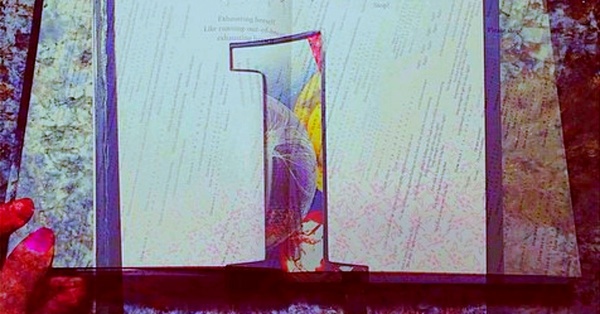 The Familiar photo collage / Via Instagram.com/nicoleacecilia

The first question you might be asking yourself isn’t “what,” but “who.” Who is Mark Z. Danielewski?

He’s best known as the author of House Of Leaves (which we’ve written more about here), a novel about a haunted house. Actually, it’s much more than that. Using a metanarrative plot structure, myriad footnotes, appendices full of fake supplementary materials, art, three different text colors (the word house always appears in blue), and innovative page layouts, Danielewski created a cult classic for lovers of literature across the world. Jonathan Russel Clark (of LitHub) even said, “in my high school, copies could be seen in the hands of all the cool kids. It became a kind of shorthand for hip, young literary types, like a challenge: Did you understand it?” 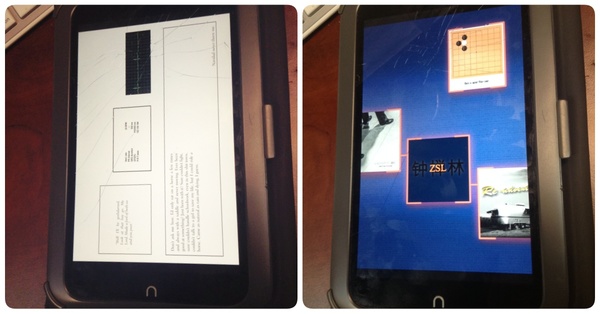 The Familiar on an e-reader / Full of strange formatting to look like television advertisements.

His novels may seem inaccessible at first, but they are meant to be dived into. Their layouts are immersive and enlightening, causing readers to rethink how a story is told. He creates entire worlds for his readers to swim around in, encouraging them to get lost in the pure joy of reading. Danielewski has created books that aren’t as thrilling to read on a screen. His textual layouts and unconventional forms of telling stories feel like pieces of art, meant to be experienced in their tangible forms.

Excerpt from One Rainy Day In May / Via LitHub

Danielewski spent nearly 10 years writing House Of Leaves and then another six years to write his follow up, Only Revolutions, which requires readers to rotate book to read it. The Fifty Year Sword, his 2005 novella, uses five different text colors to signify different narrators. It’s true that there are e-book versions of these novels, but wouldn’t something get lost in a digital translation?

In the case of The Familiar, readers are asked to rethink how novels are written. Danielewski’s book each take on non-written forms of story telling and channels them into books. House of Leaves tackles film, Only Revolutions is themed with music, and The Fifty Year Sword is a campfire story. The Familiar is the author’s attempt at harnessing television into the form of the novel, which might explain why it’s being released in 27 volumes!

However, one question still remains:

How is Danielewski saving print? He’s creating something entirely new, something that readers haven’t seen before. By destroying the traditional structure of the novel, he can then start over and build something better, something that should be experienced off-screen. In order to do this, however, he’s had to change readers’ ideas of form/structure.  As with the modernists of the 20’s and 30’s, experimentation can be seen as an unnecessary violence against language. But just as literature now celebrates Faulkner, Stein, and Hemingway, it’ll celebrate Danielewski as well. It just might take a little time.