This Author Is Publishing His Long Awaited Sequel As A Comic Book!

Chuck Palahniuk is responsible for some great books but, as he points out, people only really know him for Fight Club. In truth, he has authored about 14 novels since Fight Club was released in 1996. And now, he’s poking fun at his own transgressive nature with his newest “book,” Fight Club 4 Kids!

(Friendly warning: although the vulgar language is bleeped out, the following video might not be suitable for children.)

OK. Fight Club 4 Kids is clearly a joke. But Chuck Palahniuk is, in fact, extending the world of Fight Club in his latest release, appropriately named Fight Club 2. And this time the novelist is trying something new!

Fight Club 2 is not a novel as one might expect, but a 10-issue comic book series with issues coming out monthly. The new story takes place ten years after the action of the original plot-line and is told from the perspective of Tyler Durden, who is to re-emerging to cause chaos once again.

It totally makes sense to us that Palahniuk would translate such a potentially visceral storyline into a visual medium.

Art has the potential to better depict the narrator’s internal confusion in a way that would be difficult (although not impossible) in prose. And Palahniuk’s not the first to try this out. The truth is that other novelists have also been dabbling in the world of comics, including Joyce Carol Oates (Wonder Woman), Jody Picoult (also Wonder Woman), and Dave Eggars (You’ll Have to Save That For Another Time). And we’re excited that Palahniuk is leaving his comfort world of novels to join their ranks.

It’s also intriguing that Palahniuk is resurrecting his best-known characters nearly 20 years after they first appeared!

Palahniuk told Esquire “I kind of swore I would never do it, because I was afraid if I did it too soon then it would become my entire career.” After his friends introduced him to several acclaimed comic authors (Kelly Sue DeConnick, Matt Fraction, and Brian Michael Bendis. The latter two have won Eisner Awards), Palahniuk was convinced that the sequel to Fight Club could/should be a comic book. He also said that, after his recent collection of short stories was published, he had the time to learn about the world of comics and fully dive into the medium. 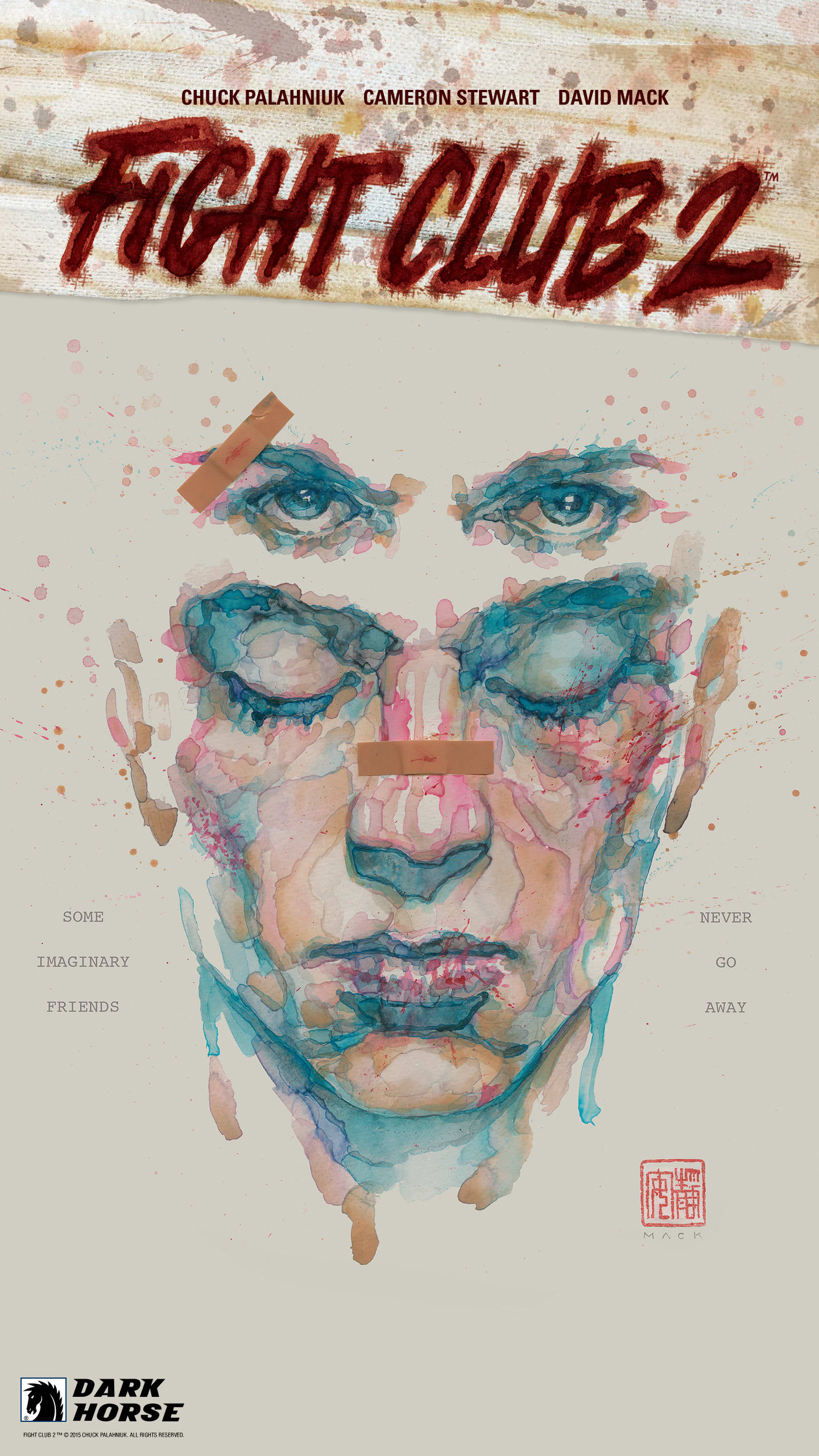 In the age of the Internet and dwindling attention spans, the form of the Novel is constantly getting updated and innovated. With books coming out like The Familiar by Mark Z. Danielewski and Tree Of Codes by Jonathan Safran Foer, authors are changing the way that their stories are being told. And their Literary experimentation is always worth while, even if it’s just for the sheer value of discovery. Many of these experiments fail, but every so often, one of them is successful and opens up the world of story telling to new possibilities. After all, without Virginia Woolf and William Faulkner experimenting with stream-of-consciousness, we might never have gotten Fight Club in the first place.

But is Chuck Palahniuk’s choice of medium for Fight Club 2 a cop-out for an aesthetically oriented plot, or could this be a new frontier for seasoned novelists? Without taking chances like this, the Novel will remain in limbo and stagnate, never growing and never changing. We’re glad Palahniuk’s taking this risk. But most of all, we’re glad that he’s not publishing Fight Club 4 Kids.

Do you think comics have literary value?