Make Shelf Space For These 5 Books!

After flipping the final page of a good book, the itch to read something new is almost instantaneous, but what do you pick up next?

Here are a few recently published books that are definitely worth a read, with brief descriptions so you can find something to match your mood. Especially with chillier weather rolling in —aka prime curl-up-with-a-good-book temperatures— it’s a good idea to have a stack of new reads at the ready! 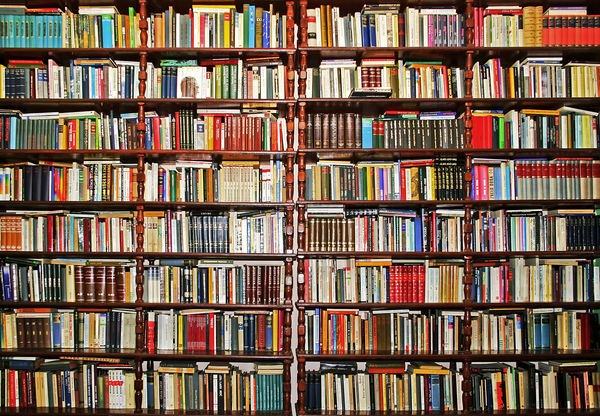 If you’re looking for a good dystopian novel that’ll make you suspicious of your smartphone, look no further than The Circle by Dave Eggers. Set in a futuristic world where technology reigns supreme, the novel follows the story of a young woman’s job at the most powerful Internet company — which becomes more and more invasive of people’s privacy as you get through the chapters. Read this cautionary tale for a peek into this Internet-obsessed world, and see how the protagonist herself handles becoming consumed in the company.

If you’re looking to read the true story of a young woman’s courageous fight for education despite the Taliban, pick up I Am Malala: The Girl Who Stood Up for Education and Was Shot by the Taliban by Malala Yousafzai. Malala’s account of living with terrorism in Pakistan, speaking out for girls’ education, and eventually being shot by the Taliban is nothing short of inspiring. Follow her story — from her father’s emphasis on education to the Taliban’s violence toward schools to her being shot at point-blank range — and you’ll see why she’s seen as a role model around the world for her peaceful activism.

If you’re looking for a suspenseful, intellectual thriller that’ll have you staying up late turning pages, try The Goldfinch by Donna Tartt. Follow the main character’s life — years filled with terrible tragedy, abandonment, love, and a search for finding identity — and find yourself consumed in the beautiful prose. Flip through 800 pages of carefully crafted sentences to connect the dots of this dramatic tale — centered on a painting from the Metropolitan Museum of Art — and sink into this rich, wild narrative.

If you’re looking for an investigative piece that delves into the controversial discussion of concussions in football, then League of Denial: The NFL, Concussions and the Battle for Truth is a must-read. Written by New York Times best-selling author Mark Fainaru-Wada and Pulitzer Prize-winner Steve Fainaru, this book details the NFL’s longtime stance that the game doesn’t cause long-term brain damage — and how the league might’ve covered up evidence to the contrary. These ESPN investigative reporters use documents, private e-mails, and interviews to tell the story, and give proper attention to the players whose mental trauma and subsequent deaths have been linked to the sport.

If you’re looking for a relatable piece that weaves marriage, family, and secrets, start reading We Are Water by Wally Lamb. A love affair between Annie — who has been married for decades — and Viveca eventually leads to their wedding in Connecticut, and the gathering of family brings long-held secrets to the surface. With a bit of humor and a lot of deep introspection from his characters, Lamb touches upon a lot of the hot topics of today — same-sex marriage, class, racism — as well as classic themes like love and loss.

All these choices will be tough to put down, but getting caught up in the story is the best part about picking up a great book, isn’t it?