10 Books To Read If You Loved “Gone Girl”

If you’re a fan of psychological thrillers, then chances are you’ve already devoured Gillian Flynn’s Gone Girl. This twisted book hit the shelves in 2012 where it sold two million copies in its first year of publication alone! As you probably already know, the book was turned into a movie in 2014, which was also wildly successful and earned over 37 million dollars during its opening weekend at the box office. While we can go back and reread Gone Girl, it won’t be quite the same after knowing all the plot twists. Instead, we can try and look for other books with similarly dark and twisty plots. Who knows, maybe you’ll find a book on this list that you like even better than Gone Girl! 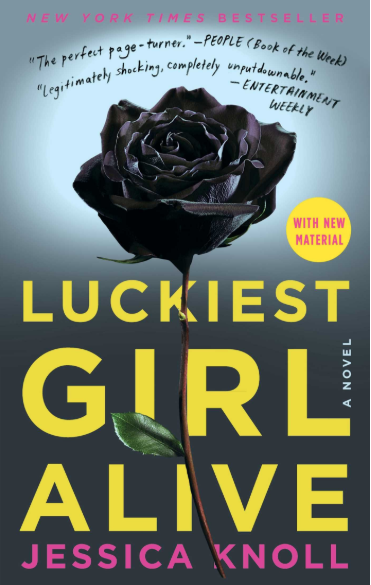 From the back of the book:

As a teenager at the prestigious Bradley School, Ani FaNelli endured a shocking, public humiliation that left her desperate to reinvent herself. Now, with a glamorous job, expensive wardrobe, and handsome blue blood fiancé, she’s this close to living the perfect life she’s worked so hard to achieve.

But Ani has a secret.

There’s something else buried in her past that still haunts her, something private and painful that threatens to bubble to the surface and destroy everything.

With a singular voice and twists you won’t see coming, Luckiest Girl Alive explores the unbearable pressure that so many women feel to “have it all” and introduces a heroine whose sharp edges and cutthroat ambition have been protecting a scandalous truth, and a heart that’s bigger than it first appears.

The question remains: will breaking her silence destroy all that she has worked for—or, will it at long last, set Ani free? Get a copy of this book here!